At least one official has been fired over criticism of poor security at key government buildings. Supporters of former President Jair Bolsonaro had demanded military intervention to oust his leftist successor.

Authorities in Brazil launched an investigation on Monday after thousands of supporters of former President Jair Bolsonaro stormed the country’s highest seats of power.

The protesters — who were demanding that newly-elected President Luiz Inacio Lula da Silva be ousted —  left a trail of destruction in scenes that echoed the 2021 US Capitol invasion by fans of former President Donald Trump.

What are investigators doing?

Brazil’s Institutional Relations Minister Alexandre Padilha said the vandalized buildings would be inspected for evidence including fingerprints and images to find the culprits.

Justice Minister Flavio Dino equated the acts to terrorism and the stoking of a coup. He said authorities had started tracking those who paid for buses that transported protesters to the capital.

“They will not succeed in destroying Brazilian democracy,” Dino said. “We need to say that fully, with all firmness and conviction.”

“We will not accept the path of criminality to carry out political fights in Brazil. A criminal is treated like a criminal.” The federal district’s civil police said on Monday that 300 people had been arrested so far.

Bolsonaro, who left Brazil for the US state of Florida on the second-to-last day of his term, has rejected the accusation that he had spurred on the protesters. He said peaceful demonstrations were democratic but the assault on government buildings had “crossed the line.”

US President Joe Biden is now facing mounting pressure to remove Bolsonaro from his self-imposed exile in the southern US state.

“Bolsonaro should not be in Florida,” Democratic Congressman Joaquin Castro said on CNN. “The United States should not be a refuge for this authoritarian who has inspired domestic terrorism in Brazil. He should be sent back to Brazil.”

“The US must cease granting refuge to Bolsonaro in Florida,” she wrote on Twitter. “Nearly two years to the day the US Capitol was attacked by fascists, we see fascist movements abroad attempt to do the same in Brazil.”

The Brazilian president had earlier read a freshly signed decree for the federal government to assume control of security in the federal district. Lula was visiting the flood-hit city of Araraquara in the state of Sao Paulo when the attacks happened but flew back to Brasilia to oversee the response.

Lula said that “fascist fanatics,” as well as those who financed their activities, should be punished, and also accused Bolsonaro of encouraging the uprising.

The office of Brazil’s attorney general said it had asked the Supreme Court to issue arrest warrants for Torres “and all other public officials responsible for acts and omissions” that had led to the unrest.

There has been international condemnation of the violent protests that centered on Brasilia’s Three Powers Square. 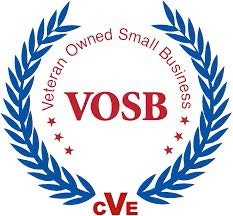